At NPORS, our aim has always been to ensure consistent standards and equal opportunities.

For International Women’s Day, we had a little catch up with a few of our Training Providers, internal instructors and our Managing Director about how they have got to where they are today.

When asked about their experiences, it was very clear that each had taken very different routes but Amanda, one of our NPORS monitor and member of the technical team, hit the nail on the head with, “through hard work and a desire to succeed.”

Julie Senior, NPORS Managing Director, could not agree with Amanda more. Julie took a leap of faith 28 years ago and joined a new business that had only traded a year at that time. The company could have failed or survived, but it not just survived, it thrived. It was not her first experience in a male dominated industry, after working in an engineering background, she was all too familiar with the wolf whistles and oversite because of her gender. But despite those knock backs, Julie battled through and made many sacrifices to be where she is now and can now take a positive outlook on that journey. Julie learnt all the skills from the bottom up and to this day would never give a member of staff a job she would not do herself.

Sharon from Shorecliffe Training, comes from a Civil Engineering and Plant Hire family and growing up was often seen on an excavator or a roller. She described how a Sunday family outing could be at sewage works pricing out jobs – not your average start. She found her feet after completing a Building Studies course and then through the HNC in Construction. Once the purchase of the training business was acquired, the learning did not stop there. To better understand the courses, she took course after course, a shining example of personal and professional growth. Now Sharon has a great team working with her, many first language welsh speakers, and still bases her days on “If you fail to prepare, prepare to fail”.

Like Sharon, Jennifer from JW Corporate started operating plant machine at a young age, working with the family business. Jennifer remembers having a particularly negative experience with an instructor when she was just 17; sadly, bullying was the issue but that did not stop her. From that day on Jennifer was more determined that it was the career path for her but that she was going to do it the right way. At 18, she set up her own business, some threats, insults and abuse from trainees who cannot accept a female trainer continue however the genuine and truly inspirational people she meets far outweigh any negatives.

Both Carol from Bon-Accord Training and Lois from Collins Training came into the industry from an administration starting point, ending up being the “go to” people for knowledge about all aspects of the courses. They both agreed that it was hard work that resulted in the levels of responsibility that they both currently hold in their different management positions.

Whilst agreeing that their roles needed hard work there was resounding agreement on the obstacles that they had to overcome. Lois said, “The main judgement was being a young woman in a man’s world. A lot of men made it clear they would rather talk to – a man who knew what he was talking about- instead of me”. The common thread throughout the interviews with these women was the continuous need to prove themselves as fit for purpose in their chosen careers, more so than a man would be expected to do.  Julie Senior found that she had to prove herself to the instructors by learning how to operator the machinery, battling her fear of heights and vertigo, up the tower crane she went. Did it beat her fear of heights? – not exactly!

Amanda described her approach: “I always went that extra mile to get an extra qualification or gain extra experience wherever and whenever I could. I ignored the doubters and let my knowledge and work ethic speak for itself”. I think it is safe to say with all these women that their dedication and consistency does speak for itself.

We only spoke to a few of the many women that have worked hard to be where they are and so we asked what advice they have for the next generation of women who want to enter a male dominated industry?

“Don’t let opinions put you off, work hard enough and you can get anywhere! Women and men both have a lot to offer the construction industry and world. People should be valued on their abilities and skillset and allowed to thrive regardless of sex or age. “

“Any young girls wishing to pursue a career now in the Construction Industry need to make that move, take the plunge, a lot more woman in Construction now and a lot more support. It’s in my opinion not to be looked at anymore as a male dominated industry, they now accept that woman can also do this and some of the best QS and Engineers are females. I wasn’t alone in the 4 years in College with no females but we were few and far between… we all made it”

“Yes!! Go for it!  I’m all for gender  equality across all industries. If you want to succeed you will regardless of any obstacles that may pop up. Believe in yourself and your abilities always and keep learning and expanding your skill set and treat people how you would like to be treated. It will be difficult at times but set your path and know where you are going. “

“Follow your interest regardless of the stigma attached. If you are interested in your work, you are more likely to make a success of your chosen career.”

“Advice I would give to young girls wanting to enter a male dominated industry would be believe in yourself, you have the right to be there too, make sure you know your subject.”

A big thank you to all the pioneering women and to Sharon Wyn Williams (Shorecliffe Training), Lois Fisher (Collins Training), Carol Gray (Bon Accord Training), Jennifer Walker (JW Corporate), Amanda Ratucoko (NPORS Monitor) and Julie Senior (NPORS Managing Director). And a thank you to the men in the industry who welcomed all those strong women who took the jump in to this industry. 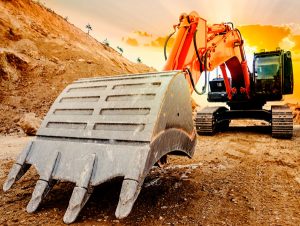 This site uses cookies. By continuing to browse the site, you are consenting to our use of cookies. If you object to the use of cookies please remove the tick below.

There are areas in this site which utilises Vimeo. By continuing to browse the site, you are consenting to our use of cookies. If you object to the use of cookies for the third party embed please remove the tick below.
Go to Top